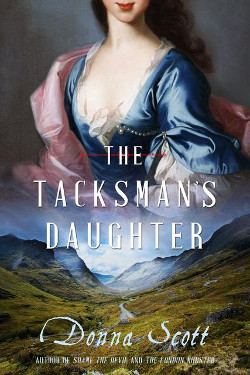 Scotland, 1692. To escape a brutal winter storm, King William’s regiments descend on the small village of Glencoe. Caitriona Cameron, the tacksman’s daughter, cannot forget her unpleasant encounter the last time English troops appeared. She senses the army’s arrival might not be as innocent as it seems, but her warnings go unheeded. Not even MacIain, the MacDonald clan chief, listens. After twelve days of billeting in the villagers’ homes, the soldiers attack, committing one of the greatest atrocities in Highland history.

Cait escapes the assault with the help of Sergeant Edward Gage who is accused of being a traitor for not taking up arms against the MacDonalds. Edward is hunted by his debauched half-brother, Alexander, who stands to lose everything if King William attaints their father for his treasonous past deeds. With bad blood between them, Alexander sets out to capture Edward to prove his loyalty and save himself from ruin.

Cait and Edward travel to Edinburgh to confront the men they suspect are behind the attack, unaware that Alexander is headed there as well. Although Cait is convinced the chief of Clan Campbell is responsible, Edward suspects something much more sinister—that the orders came from higher up, possibly even from the king himself.

As accusations of betrayal, deceit, and treason abound, they are all trapped in a web of intrigue and danger, but not everyone will escape.

The tartan seen here is of the MacDonalds of Glencoe, in that each sept has its own variation of the Clan Donald tartan. The MacDonalds of Glencoe were the smallest sept in the Highlands, having approximately 200-300 kinsmen living in the glen at the time of the massacre. Thirty-eight were slaughtered in the attack during the early hours on February 13, 1692, and dozens of others froze to death in the days that followed while hiding in the braes and corries nearby.

The tartan seen here is of the Campbells of Argyll, one of the many septs of Clan Campbell. Robert Campbell of Glenlyon served as captain for the Earl of Argyll’s Regiment of Foot during the massacre. His cousin, the Earl of Breadalbane and also a Campbell, is believed to have played an integral role in the design of the operation due to his ongoing disdain for his neighboring clan after suffering numerous attacks on his cattle and land over the years.

Glencoe is known as one of the most beautiful locations in all of Scotland. It is a small glen to the west of Loch Leven surrounded by majestic mountains to the north and south. The River Coe runs east to west, marking the pass that served as the only easily accessible land exit from the glen in the 17th century. It lies south of Fort William and north of Inverary.

Highlanders in the 17th century who were crofters (farmers) often lived in stone or wattle cottages comprised of two rooms separated only by an animal skin. A fire pit was located in the center of the structure and the smoke from the peat fire would escape through a small hole at the top. The roof was covered in straw and a single window and door were the only breaks in the structure. Farm animals avoided harsh winters by residing with the families, providing extra warmth in the small dwellings.

Eilean Munde is a small island in Loch Leven only a few hundred yards from the shores of Glencoe and Ballachulish. It is the ancient burial ground for the Stewarts, MacDonalds, and Camerons, each of whom had a Port of the Dead or designated place of entry. A small chapel originally built in the 7th century but destroyed by a fire in 1495, was rebuilt in the 16th century and dilapidated by the second half of the 17th century. 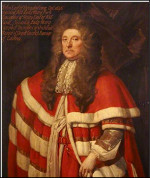 John Campbell originally supported King James, but after the Battle of Boyne, switched his allegiance to King William. He was then asked to meet with neighboring Jacobite clan chiefs to garner support for the new king and was given fifteen thousand pounds to offer them as a good faith gesture for their allegiance. During this meeting, he told the chiefs to be ready to take up arms against William should James raise an army strong enough to defeat him. MacIain, longtime foe of Breadalbane, refused to bargain and encouraged other chiefs to do the same. The money never made it into the hands of the chiefs, and Breadalbane became the object of suspicion to the king’s advisors. Eventually, he was taken as a prisoner to Edinburgh Castle but released shortly thereafter when he insisted that he only pretended to support King James in order to gain the confidence of the Jacobite chiefs. 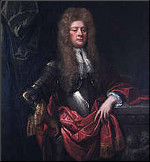 John Dalrymple was known to hate the Scots, specifically Highlanders. He considered them savages and the source of all the trouble in Scotland. Some argued that Dalrymple’s hatred of the MacDonalds had fueled the Glencoe Massacre, believing him to be the true puppeteer of the event. After a highly vocal public outcry of disapproval over the handling of Dalrymple as well as a demand for an inquiry into the events by the Scottish Parliament, King William supported his removal as the Secretary of State. His bad reputation was short-lived in that he was again rewarded with various titles and positions within the government for years to come. 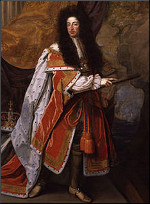 William of Orange took the throne in 1689 after invading England in 1688. Because the reigning king, James Stuart, was Catholic, many saw him as a threat to peace and the establishment of the Anglican Church. William was a Protestant as well as a member of the Stuart Dynasty, and was therefore an acceptable alternative to the Catholic King. In response to the Jacobite risings of 1689, William offered a pardon to the clans who participated, providing they sign an Oath of Allegiance to him by December 31, 1691. Those who didn’t sign by that date were punished, including Alasdair MacDonald (MacIain) of Glencoe. William married his first cousin, Mary, the eldest daughter of King James II, but died with no heirs.

The Jacobites of 1689 were devoted to returning King James (1633-1701) VII of Scotland and II of England (seen here) to the throne. Some opposed, however, and their unrest was incited by the birth of James’ son with his second wife, who would be the legal heir to the throne since his first two children from his first wife were daughters. Because the new prince was baptized as a Roman Catholic, many feared that the country would return to its Catholic roots upon his succession to the throne. James’ eldest daughter, Mary (a Protestant), supplanted him as reigning monarch shortly afterward with her husband, William.

Kilchurn Castle was built in the 15th century by the 1st Lord of Glenorchy. In 1689, Sir John Campbell of Glenorchy, 1st Earl of Breadalbane, made the castle his home. He added barracks large enough for 200 troops, hoping the castle would serve as a garrison stronghold. Shortly thereafter, Fort William was rebuilt as a stone fort and Campbell’s barracks were infrequently used. Although the majority of the castle lies in ruins, the barrack block remains mostly in tact and is known as the oldest surviving barracks on the British mainland.

Some of the most important battles in Scottish history have been fought at Stirling Castle or nearby. The castle sits high on a crag that protects it from attacks. Most of the buildings were built during the 15th and 16th centuries. During the 1690s, the castle was used mostly as military barracks for the king’s regiments. Only a few steps away lie the Duke of Argyll’s lodgings and the Church of the Holy Rude.

Argyll’s Lodgings are located on Castle Wynd, just down the path from Stirling Castle. The property was strategically placed as accommodations for courtiers who were attending court at the nearby castle. It was taken by the crown after the 9th Earl of Argyll was executed for treason, but later reacquired by his son, the 10th Earl, following the accession of William and Mary to the throne. Thereafter, Archibald Campbell, the 10th Earl and notable supporter of the new monarchy, resided in these lodgings with his wife Elizabeth. Although his regiment of Foot led the attack on the MacDonalds of Glencoe in 1692, he was not involved in any manner.

Edinburgh Castle sits atop a volcanic crag in the heart of Edinburgh. Its history as a royal castle dates back to the 12th century, but by the 17th century, its main purpose was to serve as a military barracks with a large garrison. At the time of the massacre, the vaults–or prisons–were located beneath the Great Hall and were intended primarily for those who committed treason, were members of the military, or were high ranking, including nobility. The lower vaults were considered pit prisons with no windows or hearths.

Located a short walk from the road that passes through the tiny town of Gencoe, this memorial commemorates the massacre that occurred on Saturday, February 13th 1692. Above it stands a tall Pictish cross that juts out of a rock. Thirty-eight MacDonalds were killed by the guests who had accepted their hospitality, on the grounds that MacIain had not pledged his allegiance to the new monarchs–William and Mary–by the imposed deadline. Another forty or so women and children died from exposure to the freezing temperatures and blizzard-like conditions after their homes were burned and they were forced outdoors. The massacre was considered ‘murder under trust’, a special category of murder according to Scots Law that considers this act more heinous than ordinary murder. 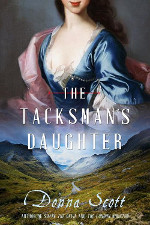