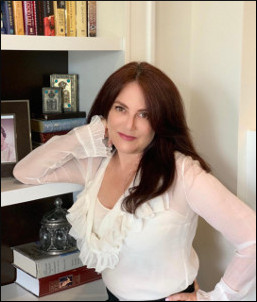 Before embarking on the exciting journey of writing historical fiction with an emphasis on the 17th and 18th centuries, Donna was an adjunct professor at a university in South Florida. Research was the only thing she’d ever written–not exactly the stuff you’d want to read on the beach or next to a cozy fire on any given day. Then, after a restless night filled with visions of characters dancing–or rather fighting–in her head, she sat down at the computer and began writing her first novel.

She received her BA in English from the University of Miami and her MS in English Education from Florida International University, where she also completed her doctoral work in Higher Education Instruction with an emphasis in English. She is also a member of the Historical Novel Society and Florida Writer’s Association. On occasion, she’s been known to give lectures and presentations on the English Renaissance in costume complete with a 16th century noble English accent.

Her debut novel, Shame the Devil, won a first place Chaucer Award for historical fiction. She has two sons and lives in sunny South Florida with her husband. Stay in touch with Donna via her contact page. She is happy to answer emails from her readers.