During a hot summer night in July of 1796, a merchant ship leaves on a three-month shipping expedition from Dover, England, to Bombay, India. A young widow ready to tour England in a fight supporting abolitionism, is abducted and brought aboard the ship. The captain insists he saved her from a mysterious stranger with deadly intentions, but she questions his true motives. Her doubts are shattered when her attacker, a man deeply embedded in the slave trade, returns to exact his revenge. At each port, she is thrust into a world of adventure, intrigue—and danger. Along the way, she discovers love with the charming captain. But after she gives him her heart, her past returns to haunt her, jeopardizing the future she has already embraced.
Join Arabelle as she sets sail on the Ecstasy and begins the adventure of a lifetime. Read the Historical Inspirations below to discover interesting facts about some of the settings, people, and special topics in The Ecstasy. 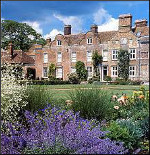 The Toke manor (in the novel) is modeled after Godinton House located in Ashford, England. Surrounded by beautiful gardens on twelve acres, the estate has a long history of hosting parties and gatherings for many noble families. It has a Jacobean brick exterior with arched compass gables that were added in 1620. In the 1760’s, the interior was remodeled to have more Georgian features. The Toke family lived in the manor home from 1440 to 1855. 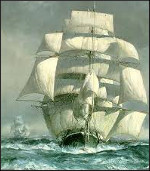 Square-rigged ships are named as such for their type of rigging and sails. A square sail, the oldest type of sail, is rectangular in shape and supported on the mast by a horizontal beam called a yard. Seamen climbed the yards by shimmying up the ratlines, to either furl or unfurl sails. It was a dangerous process and many of the sailors who lost their balance or grip on the slippery yards were tossed into the sea never to be seen again.

Initially, this inn was named The Tabard, but after a fire destroyed it in 1669, it was renamed The Talbot. Originally established in 1307 on Borough High Street in Southwark, the hostel was built for those who were on pilgrimage to Canterbury Cathedral. Chaucer described it in his Canterbury Tales as the place where the pilgrims first met. It was finally demolished in 1873 due to severe dilapidation. 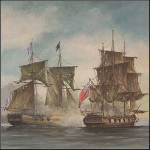 Pirates were a huge problem for merchant vessels throughout history. They attacked unsuspecting ships headed for ports to trade or sell their wares. In most cases, they seized the ship, and killed, captured, or enslaved those aboard. Privateers were private ships that were granted Letters of Marque by their government to act as warring vessels during the time of war. If a master of a merchant ship held these papers, he could attack another merchant ship of an enemy country and capture their goods as a prize without penalty. The booty would be split between the merchant or shipper, the privateer, investors, and the crown. Many argued privateers were merely pirates with papers.

The Duke of Braganza

The Duke of Braganza, Prince of Brazil, was the younger son (second son) of Queen Maria I. When his older brother died, he became the heir apparent to the Portuguese throne. His mother started showing signs of mental illness during her reign–much like King George III of England–and the duke was expected to rule the country for her without the title of King. But because of his ineptitude, the Duke’s wife, Carlota of Spain, had to step in.

The Duchess of Braganza

Lisbon was a major port in Europe in the 18th century. Merchant ships visited the busy port to trade and sell their wares and receive exotic goods from all over Europe and Asia. The Great Earthquake of 1755 destroyed much of the city including the ancient castle and many historic cathedrals and monasteries. Alfama, the oldest area of Lisbon, is where most of the historic sights are located. (Shown here is Belem Tower, located at the mouth of the Tigus River. Historically, soldiers stood poised on and around the tower to protect Portugal from incoming enemy ships).

Goree Island, the location three miles off the coast of Senegal where slaves were sent before exportation to the Americas and the West Indies, is a tiny strip of land surrounded by deep water. Any slave attempting to escape from capture on the island faced certain death by drowning. The island served in this capacity from 1536 to approximately 1848 (some argue the Slave House was no longer used in the the 19th century for the deportation of slaves). The Slave House was built in 1776 by the Dutch.

This infamous fortress saw more than one hundred thousand Africans pass through its ‘Door of No Return’ to a life of slavery in the West Indies and the Americas. The dungeons inside were relatively small to house the hundreds of men and women who waited for deportation. The sexes were segregated–the men branded, then shackled in their chamber. Those who attempted escape were condemned to death in another chamber where they were deprived of food, water, fresh air, and light. Shallow trenches running through each cell served as the waste facilities. The slaves would urinate or defecate in them, and their waste would travel down the trench into the ocean.

Founded by the Portuguese in 1502, this island sits in the middle of the southern Atlantic Ocean off the west coast of Africa. It was a major port of call for ships traveling to and from Africa as well as around the Cape of Good Hope to India and China. When the British took control, they granted the East India Company a charter to the island, giving them the power to control trade practices as the Lord Proprietors, so other ships that moored in James Bay were only able to replenish their food and water supplies. 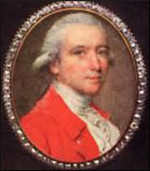 Robert Brooke was the governor of St. Helena from 1788 to 1800. He was instrumental in increasing farming, building pipe networks that carried fresh water around the island, and erecting defensive strongholds for protection from aggressors. He was also a crusader against slavery, halting the importation of slaves onto the island during his term as governor.

The fort, or castle, was built by the Dutch East India Company between 1666-1679, and remains the oldest colonial building in South Africa today. It is star-shaped with bastions located at the five points. The center-dividing building was not built until the 18th century. Historically, the fortress housed a church, bakery, workshops, prison cells, and living quarters. Today it serves as a tourist attraction, but many of the original features remain intact.